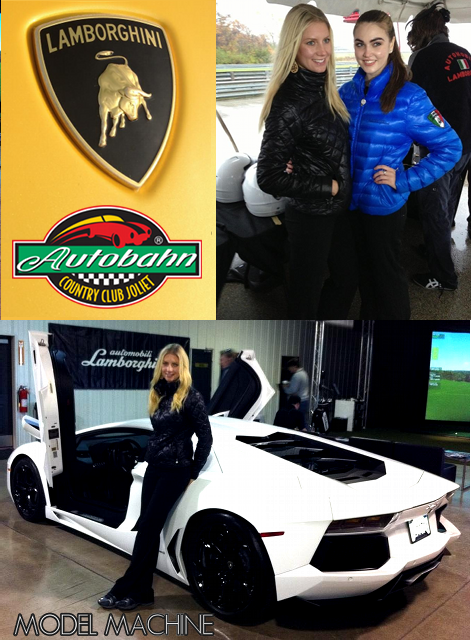 Promotional Models Chicago Live it up with the Lamborghini Driving Experience is an interactive event that takes place at prestigious race tracks around the country, allowing professional drivers and car enthusiasts to get behind the wheel of the world’s most electrifying sports car. It’s a thrilling day that attracts some of the biggest names and faces in racing, so it was no small honor when Lamborghini asked us if we could provide promotional models for their Nationwide series of ride and drive events.

MORE THAN JUST A PRETTY FACE

Anybody can look pretty when standing next to a supercar. With their inimitable style and world-famous futuristic design, people are more than willing to line up and take pictures next to these amazing machines. So Lamborghini didn’t just want promotional models in Chicago who’d pose for pictures and smile.

The Lamborghini Driving Experience isn’t just about posing for pictures next to the world’s most dazzling sports car (although it’s that, too). It’s a place where celebrities, racing executives, and driving fans alike come together to talk about and live the life of Lamborghini aficionados. It’s because of the personal, interactive nature of the event that Lamborghini wanted promotional models in Chicago who were not just beautiful, but friendly and knowledgeable, too. And so our models arrived at the Autobahn Country Club outside Chicago ready to promote the unparalleled performance of Lamborghini in a way that was both natural and engaging.

By the end of the weekend, people left Autobahn Country Club knowing how it feels to take the wheel behind an incredible car. And here at Model Machine, we knew what it felt like to be the face of yet another elite, international brand.

Everyone had a fantastic time, but don’t take our word for it. Enjoy the pictures of our promotional models in Chicago, next to the most sensational cars in the world.

Some Like it Hot! – Brand Ambassadors for Guess Eyewear Shades of Summer Event