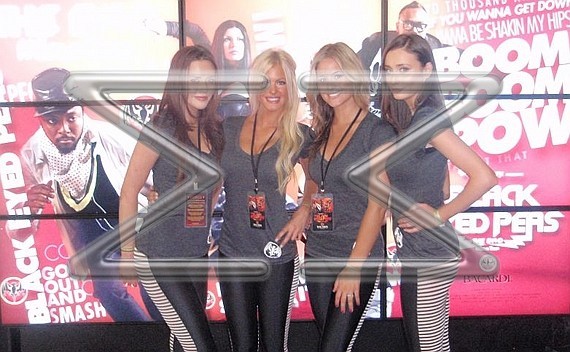 This years Miami Music Week seems like just yesterday.  We’d like to thank our Client, Kanon Vodka, has come to an end but to us here at Kanon this was just the beginning.  Our work to bring Kanon Organic Vodka toa ll corners of the World continues.  We’d like to thank everyone who supported us throughout the week and help make it such a great one.  Meeting people from so many different places that are interested in what we do is fantastic and encouraging.  As a way of saying thanks and to share a bit of the Miami vibe to those of you who couldn’t attend in person we are going to errlease an aftermovie with the best bits from the past week.  It will be packed with backstage content from #DECADE, Ultra Music festival and much more.

Search Kanon Vodka on Google and you’ll find mostly reviews of cool parties, from Coachella to New York Fashion Week events.  In an oligopolistic market where new competitors look for ways to standout, Kanon Vodka is targeting the so-called 21-century consumer: environmentally conscious with a taste for partying.  Focusing Kanon’s marketing campaign on events and people rather than on the product is a risky strategy, but it’s the path Peter Wijk, president of Kanon USA, has chosen to take.

Kanon is a new, organic vodka produced in Sweden at the Gripsholm Distillery, founded back in 1580.  The company boasts its production process isorganic and produces a higher quality vodka. Kanon is made from local estate-grown wheat and naturally distilled spring water in a “four-column single distillation process.”  Its distillery is powered by wind and water sources, and the remains of the production process are turned into bop-gas and reused in public transportation in Stockholm.

What stands out about Kanon, though, is its impressively quick induction into the cool world of fashion and nightlife.  “We try to live how our consumers live,” explains Wijk, President of Kanon in the U.S., who used to be an executive for Absolut.  “Only in New York we are hosting two to three events a week, so the brand extends into real life,” says Wijk, who adds “we get in front of people and give them the physical experience.”

Kanon has already organized after parties at Coachella and a plethora of New York Fashion Week (NYFW) events.  Their strategy appears to be working, with Elle Magazine’s Culture blog writing “for anyone involved in fashion the phrase “Kanon Organic Vodka” has become inescapable.”  Not only has the company hosted “fashion events and fashion dinner parties for fashion business people,” they have also produced a livestream of NYFW, a short film involving actress and former model Chloe Sevigny, and a website for fashion bloggers which according to Wijk receives ten to fifteen thousand unique visitors a month.

“Over the past year, Kanon has become like the official sponsor of the young, hip fashion crowd,” reads Elle’s blog, “that sometimes makes us forget that Kanon is a liquor company.”

Wijk is proud of Kanon’s progress, and considers their model superior to print campaigns or billboards.  “People have to touch and taste a product,” he says, “a billboard has less reach than a cocktail.”  Wijk considers his “honest marketing” will create an effect of reciprocation in his consumer.

At this year’s NYFW, they sampled ten thousand people and, even though they can’t quantify the impact on sales, their social media has exploded in response.  They now count more than 15,000 Facebook friends and almost 6,000 followers on twitter.

Their strategy is risky, though.  While the model may appear more cost effective, its reach is quite limited.  Wijk recognizes they’re “a small company, not a big marketing power,” and that they are facing the likes of Diageo-backed Smirnoff and Ciroc (which also counts with Diddy’s marketing support), and market leaders like Grey Goose and Pernod Ricard’s Absolut.

“It’s about longevity,” Wijk says, whose reluctant to give revenue and profit numbers but does say they currently have 85 accounts in New York, and are looking to finish the year with 150