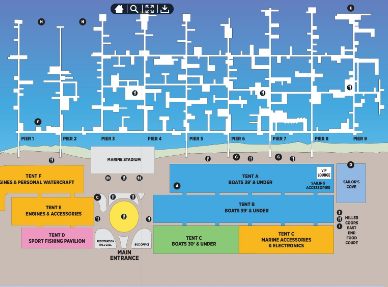 The Miami International Boat Show, held annually each February, is produced by the National Marine Manufacturers Association. The Boat Show had previously been held in three separate venues; two in Downtown Miami, and the other in Miami Beach. In 2016, it was held at Miami Marine Stadium Park on Virginia Key, while Strictly Sail remained at Miamarina at Bayside Marketplace Marina. Over 1,700 companies that are NMMA members, produce more than 80% of the marine products used by recreational boaters and anglers in the United States. The North American pleasure boat market represents nearly half of the global demand for these products and services, roughly $39.5 billion annually in just the United States alone.